What happened in the garden

From day one, Satan determined he would corrupt that Adamic line with his own seed. He did corrupt a branch of that line of the individual we know as Adam. Before it ever really got started, when he seduced Eve in the garden and she bore Cain.

Before we go any further in our study of "What happened in the garden" we are going to take time to read two lessons that Christ teaches, one in the book of Matthew and the other in the book of Mark, about "Trees" and "Eyes that need to be Opened to See the Truth".
#7027"Christian, if you are going to get any benefit from reading your Bible, you had better have Christ spit on your eyes like the blind man from Bethsaida!"
#5500   Do you have eyes to see?
#4162   Trees are used throughout the Bible to symbolize people.
Genesis 2:15 And the LORD God took the man, and put him into the garden of Eden to dress it and to keep it. [16] And the LORD God commanded the man, saying, Of every (all the other people)tree of the garden thou mayest freely eat:[17] But of the tree of the knowledge of good and evil (Satan), thou shalt not eat of it: for in the day that thou eatest thereof thou shalt surely die.(God obviously had a lot of confidence in the other people in the garden)

Based on what we have just learned and what we are told in Genesis 2:15-17 it is pretty obvious to me that Adam and Eve were not alone in the garden. In addition to God and Satan, I don't believe the other people with them in the garden, those that God commanded Adam he"mayest freely eat" of, (v.16) were from sixth day mankind. They were most likely others of the heavenly host. Our brothers, from the first earth age, who God trusted would not be of any negative influence to Adam and Eve, as in would wait their turn to come to earth in the flesh to interact with flesh man until they themselves were born of woman as flesh and blood beings. They would not have sex with Adam's, soon to be formed wife; therefore, it was only Satan's actions that Adam needed to be forewarned of , least he die.


Now back to our study of "What happened in the garden". Let's read the pamphlets below. There is so much to see, if you have eyes to see "Men as Trees walking"
(click link to see pamphlet)
#2227   Will you believe Christ or hang on to the apple tree teachings?
#2228    "Remind me sometime and I'll tell you what really happened in the garden".
#4150   If Eve only ate an apple what did the serpent do to her?
#4240    In many places throughout the Bible "to know" someone means "to have sex with"; therefore, doesn't it stand to reason "eating of the tree of knowledge of good and evil" also refer to having sex with?


The wheat and the tares     #7000&7007     "Two Sowers of seed; both the good and the bad"
(Jesus Christ told His disciples (which means you if you are one) that unless they understood the Parable of the Sower they would not be able to understand any of His parables.) 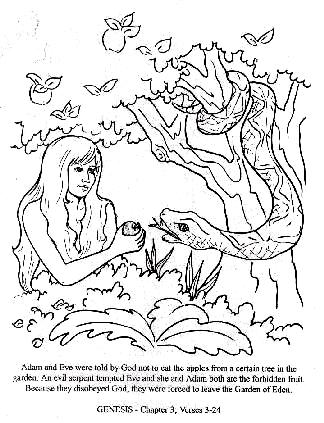 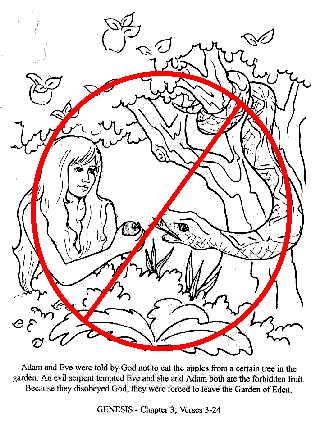 Satan appeared to Eve as a beautiful and charismatic charming young man, truly a glorious "angel of light" (2 Cor. 11:14).

Of course Paul and Luke teach us that the Lord gives His elect (you if you are one) power to tread right on serpents/trees/Satan and his angels any time, any where in the world.
#5175  Once again, notice that this has "been kept secret from the foundation of the world".

Now that we have completed our studies of Revelation and Daniel let's turn to the epistles of John.

John KNEW that he had personally HEARD the living Word of God with his own ears, SEEN Him with his own eyes (even in His Glory at the Transfiguration) and literally TOUCHED the very WORD OF LIFE with his own hands!!

He actually hugged the Living Word, Life Eternal, He who always was, is and always shall be!

Contrary to what the heathen or the children of disobedience might say, Jesus Christ, the Living Word of God, really walked in the flesh and John and his companions are first person witnesses in that they actually heard Him, saw Him, and even touched Him.

It is also true that fellowship with Him produces a joy that cannot be contained, for as we shall see, God is Light, and if you walk with Him, that light will be in you and it will shine brightly wherever you go!


John is writing because of the kenites who seduce the children of God who are to remain virgins!

Again, if you are one of God's elect with the anointing of the Holy Spirit then you already know what happened in the garden concerning the "seduction" of Eve, and who it really was that crucified Jesus Christ, and who those Jews are in Rev. 2:9 and 3:9 that call themselves of Judah but do lie and are of the synagogue of Satan!

You "little ones" are well aware of the presence of the kenites, but you see, John is writing to you because "it is now the last time" and you better be aware how the seductions are "going down" and know that YOU will be one his main targets for those fiery darts spoken of by Paul in Ephesians 6.

We will find out later in this epistle that we have nothing to fear from any of this as long as we abide in His love, for love has no fear.

Just understand that the "seduction" will be the same as it always has been, even from the beginning!

Again, the problem is, and the reason this is so important, is because if Christians do not know what happened "in the beginning" then they do not KNOW who their real enemies are today.

Even from the beginning, the very first child of the Devil himself, Kayin in Hebrew (Cain), the father of the Kenites, went out from us. Cain was not of us for he was of his father the Devil just as his offspring were at the time of Christ and just as they are today.

It is a fact that most Christians are clueless as to who the sons of Cain are today.

If they did they could understand the Parable of the Fig Tree and document beyond a shadow of doubt when the final generation began (It was May 15, 1948).

Tomorrow we start our study of the epistles of John.

To study the 1st. 11 chapters of Genesis word for word: (live link to) All 11 chapters in one complete study


The "American Wisdom Series"
Back to Basic facts