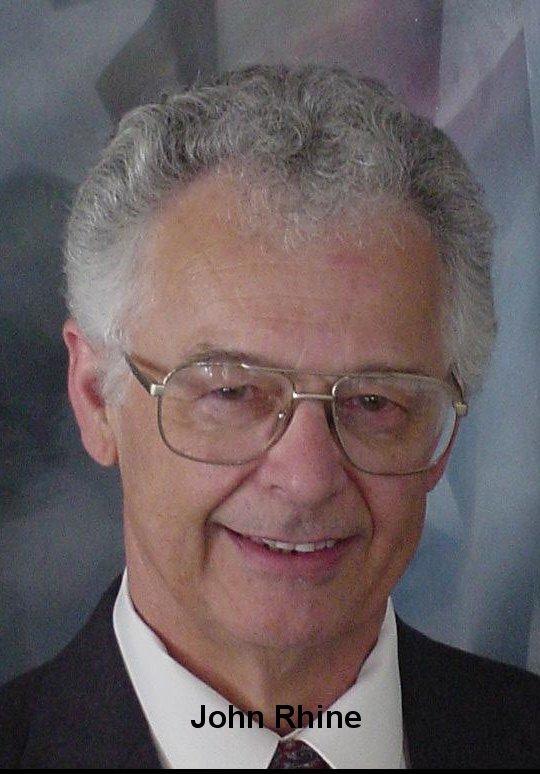 John's note: LET'S STOP AND THINK FOR A FEW MOMENTS ABOUT WHAT ALL THIS MEANS. If there are currently more than 7 1/2 billion people living on earth and the experts tell us that half of the people who were ever born are alive and living here right now. (I don't know if that is true or not, but that's allot of people. 15 billion people!) If it is true that means 1/3 of 15 billion people followed Satan in the first earth age. That would mean over 5 billion people followed Satan. Is it any wonder God did not want to sentence all those His children/us to die, the second death, along with Satan, when his sentence is carried out, i.e. the death of our soul, to be no more.

Why do you think so many more than 1/3 of us aren't interested in God in this 21st. century?

I've been a printer all my life so while I'm speculating; Think about this. It wasn't until 1454 A.D. that Johanes Gutenberg, in Germany invented movable printing type. Until that invention the printing of the Bible was not impossible but since each page, up until that time had to be carved from a block of wood it wasn't practical to try to do. Can you imagine the frustration if when you were carving the last letter of the last word on a page, you sneezed and the whole carved page, weeks worth of work, was wasted. Or when you put that block of wood into your printing press and started printing, you had a paper jam up and smashed the block of wood making it's print illegible, and it had to again be carved. But with individual re-usable metal letters, all of a sudden the printing of a Bible was possible and practical and by 1456 Bibles were being printed.  God certainly knew that and maybe He had something to do with the invention, and the timing of Gutenberg's invention. (It did happen in Germany, a Christian nation founded by descendants of one of the Israelite tribes who migrated west after the Assyrian invasion of the ancient "House of Israel") Also, is it only coincidence that the Bible was first translated to English by the King of another of the tribes of ancient Israelites, King James of England (the 1611 King James Version of our Bible)?

My point is God knew all this and it is only speculation on my part but, do you think God would have placed many of his unfaithful first earth age children in earth women's womb, to be born into this earth age in the years prior to the printing of His Word, when their conversion to Christianity would have been much less likely if their only knowledge of it came from hand copied scrolls, and than not very likely that the common man would have access to them. I don't believe he would have or did. That means that a very large (out of proportion) percentage of our current world population are people who were followers of Satan in the first earth age. (20th and 21st century population for it wasn't until the 20th century that Bibles were mass produced and available to the common man.)

And even then Satan has been at work within our so-called Christian church (as he is to this day) to prevent the masses from reading the newly translated Bible.
See Live links to->>  Letter To The Reader
and to->>   Letter to Readers by translators of 1611 KJB

No wonder the world, especially we Americas have been turning our backs on our Christian heritage in the last 1/2 century. I can name dozens of ways! So can you if you think about it for a minute! And no wonder the city "Mystery Babylon" is now being built. Live Link to->> Mystery Babylon  And no wonder Jesus told us, through the prophet Amos in  Amos 8:11 Behold, the days come, saith the Lord GOD, that I will send a famine in the land, not a famine of bread, nor a thirst for water, but of hearing the words of the LORD:  Those days of famine are here and only going to get worst in the near future! There are more people living in today's world who followed Satan in the first earth age, and still do, (many of them KENITES) than there are people following Christ.

Live Link to->> The famine is coming

Since there are most likely more people living on earth today, in this 21st century, who followed Satan in the first earth age than the number of those of us who remained true to our Lord, the odds that you may be one of those 5 billion people who were followers of Satan in the first earth age are high.  Therefore; I recommend that you get a hold of your Bible and learn to tell the difference between what is Holy (Christ) and what is profane (Satan) before Satan shows up here on earth claiming he is God. You don't have much time to waste unless it doesn't matter to you, if Christ returns only to find you worshiping Satan, again!

Make sure the version you use is a version of which the translation from original manuscript to final version you are using has been protected by The Massorah.
See appendix 30 below of the Companion Bible.

This Is Appendix 30 From The Companion Bible.
All the oldest and best manuscripts of the Hebrew Bible contain
on every page, beside the Text (which is arranged in two or more
columns), a varying number of lines of smaller writing, distributed
between the upper and lower margins. This smaller writing is called
the Massorah Magna or Great Massorah, while that in the side
margins and between the columns is called the Massorah Parva or
Small Massorah.
The illustration given below is a reduced facsimile of a Hebrew
Manuscript (16.25 x 12.375), written in a German hand, about the
year A.D. 1120. The small writing in the margins in this particular Manuscript is
seen to occupy seven lines in the lower margin, and four lines in the
upper; while in the outer margins and between the three columns is
the Massorah Para.
The word Massorah is from the root masar, to devliver something
into the hand of another, so as to commit it to his trust. Hence the
name is given to the small writing referred to, because it contains
information necessary to those into whose trust the Sacred Text was
committed, so that they might transcribe it, and hand it down
correctly.
The Text itself had been fixed before the Massorites were put in
charge of it. This had been the work of the Sopherim (from saphar,
to count, or number). Their work, under Ezra and Nehemiah, was to
set the Text in order after the return from Babylon; and we read of it
in Nehemiah 8:8 1 (compare Ezra 7:6,11). The men of "the Great
Synagogue" completed the work. This work lasted about 110 years,
from Nehemiah to Simon the first, 410-300 B.C.
The Sopherim were the authorised revisers of the Sacred Text;
and, their work being completed, the Massorites were the authorised
custodians of it. Their work was to preserve it. The Massorah is
called "A Fence to the Scriptures," because it locked all words and
letters in their places. It does not contain notes or comments as such,
but facts and phenomena. It records the number of times the several
letters occur in the various books of the Bible; the number of words,
and the middle word; the number of verses, and the middle verse;
the number of expressions and combinations of words, etc. All this,
not from a perverted ingenuity, but for the set purpose of
safeguarding the Sacred Text, and preventing the loss or
misplacement of a single letter or word.
This Massorah is not contained in the margins of any one
Manuscript. No Manuscript contains the whole, or even the same
part. It is spread over many Manuscripts, and Dr. C.D. Ginsburg has
been the first and only scholar who has set himself to collect and
collate the whole, copying it from every available Manuscript in the
libraries of many countries. He has published it in three large folio
volumes, and only a small number of copies has been printed. These
are obtainable only by the original subscribers
When the Hebrew Text was printed, only the large type in the
columns was regarded, and small type of the Massorah was left,
unheeded, in the Manuscripts from which the Text was taken.
When translators came to the printed Hebrew Text, they were
necessarily destitute of the information contained in the Massorah;
so that the Revisers as well as the Translators of the Authorised
Version carried out their work without any idea of the treasures
contained in the Massorah; and therefore, without giving a hint of it
to their readers
This is the first time an edition of the Authorised Version has been
given containing any of these treasures of the Massorah, that affect
so seriouly the understanding of the Text. A vast number of the
Massoretic notes concern only the orthography, and matters that
pertain to the Concordance. But many of those which affect the
sense, or throw any additional light on the Sacred Text, are noted in
the margin of The Companion Bible.
Some of the important lists of words which are contained in the
Massorah are also given, videlicet, those that have the
"extraordinary points" (Appendix 31); the "eighteen emendations"
of the Sopherim (see Appendix 33); the 134 passages where they
substituted Adonai for Jehovah (see Appendix 32); and the Various
Readings called Severin (see Appendix 34). These are given in
separate Appendixes; but other words of any importance are
preserved in our marginal notes.
Readers of The Companion Bible are put in possession of
information denied to former generations of translators,
commentators, critics, and general Bible students.
For futher information on the Massorah see Dr. Ginsburg's
Introduction to the Hebrew Bible, of which only a limited edition
was printed; also a small pamphlet on The Massorah published by
King's Printers.
NOTE
1 The Talmud explains that "the book" meant the original text;
"distinctly" means explaining it by giving the Chaldee paraphrase;
"gave the sense" means the division of words, etc. according to the
sense; and "caused them to understand the reading" means to give
the traditional pronuciation of the words (which were then without
vowel points).
For More information About Hebrew Manuscripts Click Here!